As a director of a company, you may be at personal risk for decisions made in the best interests of the company unless the company indemnifies you. A director’s indemnity involves a company undertaking to protect its directors against liabilities that they may incur in the course of performing their company’s duties. A director’s indemnity may be required (as in some instances by ASIC) or a company can choose to indemnify its directors.

Whether your company is a small business or an entrepreneurial start-up, a director’s indemnity is vital. A director’s indemnity protects corporate directors in the event they are personally sued. Contrary to popular belief, a company does not need to have an action launched by its shareholders for its directors to be made personally liable. Often when a company is sued, directors are brought into legal proceedings by investors, employees, vendors, competitors and customers just to name a few.

Director’s indemnity agreements may offer protection for directors up to seven years after they resign from an office. This ensures the company directors are protected from actions brought within the limitation period and any tax audits that may be conducted. 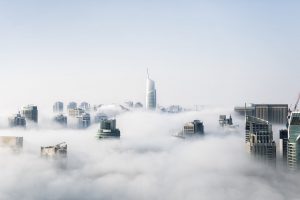 It is important to remember that a company’s undertaking to indemnify a director will only of use where there are company funds in place to meet the liabilities incurred. Where a company faces insolvency, directors and officers insurance provides a stronger guarantee that liabilities will be met. Directors and officers insurance also provide security for employees and people looking to invest in the company.

Section 119A of the Corporation Act covers situations where an indemnity for a liability is not allowed. Subsection (2) states, amongst other things, that a company must not indemnify a person against any of the following liabilities incurred as an officer or auditor of the company – “(a) a liability owed to the company or related body corporate”.

Section 199A (3) covers situations where an indemnity for legal costs are not allowed. In particular, under subsection (b) a company must not indemnify a person against legal costs incurred in defending an action for a liability incurred as an officer or auditor of the company if the costs are incurred “in defending or resisting criminal proceedings in which the person is found guilty”.

The Court of Appeal of the Supreme Court of Victoria in Note Printing Australia Ltd v Leckemby [2015] VSCA 105 consider the application of this section of the Corporations Act 2001 in which it was held that the deed, in that case, conferred a present entitlement upon the director to be paid by the company for his legal costs and expenses incurred in defending the criminal proceedings, until and unless a guilty verdict is reached in which case he will be under an obligation to refund the costs paid on his behalf by the company. The Court specifically held that this entitlement was not inconsistent with and prohibited by section 199A (3) (b) of the Corporations Act 2001. The court also found that Leckemby was not obliged to provide security to the company pursuant to the deed in respect of the company’s obligations to make payments to or on behalf of Leckemby as provided for by the deed.