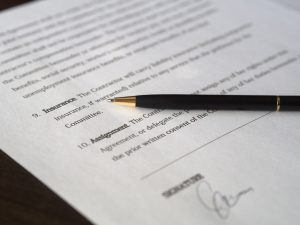 Contract disputes can arise for a number of reasons but generally, they would arise from a breach of contract or a difference in the interpretation of a contract.

Evidently, the first step is to review the contract. Although this does not mean that the dispute is necessarily confined to the scope of the contract. The dispute may raise other issues and causes of action such as negligence, misrepresentation, misleading or deceptive conduct.

If you are having a dispute over a contract, our experienced business and commercial lawyers in Sydney can help.

A common scenario of property disputes is between co-owners of a property.

If a client comes to us and wants to purchase a property with a co-owner such as a family member, friend or perhaps a de facto, as tenants in common, we recommend that the co-owners prior to purchasing the property, enter into a comprehensive co-ownership agreement.

This agreement should set out the rights and responsibilities of the co-owners, such their respective contributions to utilities, rates, levies, taxes, mortgage repayments. Further, the agreement should consider and make provision for:

Entering into an agreement such as this can be met with some resistance from some clients given most people would only purchase a property with a co-owner if they had a close and good relationship and therefore the agreement seems unnecessary.

In our experience, we have seen very close relationships between family members, best friends or de facto couples breakdown (which is not uncommon), where a co-ownership agreement would have been a useful and easy way to obtain guidance on how to resolve the dispute and potentially salvage the relationship.

If one co-owner wishes to sell and the other does not and the co-owners cannot reach some kind of agreement amongst themselves, the co-owner who wishes to sell can apply to the Supreme Court of NSW to have a trustee appointed to sell the property under section 66G of the Conveyancing Act 1919 (NSW). However, Trustees fees can be exorbitant and the costs and fees involved are not in the interests of either party.

For more information on disputes between co-owners of property, click here.

To speak with one of our lawyers who are ready to assist you with your legal dispute contact Rockliffs Lawyers today!