Large sums are often payable from a super fund when someone dies, particularly with recent super reforms, and with many funds containing life insurance policies. However, death benefits are not automatically distributed according to a will, nor even necessarily in accordance with any nomination a person has made to the trustee of a fund.

A death benefit from a super fund must either be paid out as a lump sum or as a pension – it cannot merely be left in the fund. But a lump-sum death benefit from a super fund does not by law form part of a deceased’s estate. When someone has validly nominated a preferred beneficiary before their death, the trustee will consider the nomination, but is not bound by it, unless it was a binding nomination.

Often on joining a fund, members are given a form to nominate preferred beneficiaries. If the fund’s trust deed allows binding nominations, these generally need to be updated every three years to stay valid. It is also important to update non-binding nominations regularly.

Recent changes to the law mean that those in same-sex and other interdependency relationships can be eligible to receive super death benefits, and forms should be updated for this situation too. 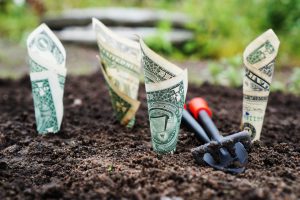 While binding nominations provide certainty, they can produce results the deceased might not have desired – if, for example, they had not been kept up to date, and the deceased had separated, married or had a child. For this reason they have not been as popular as anticipated.

Trustees usually distribute the benefit directly to the dependants rather than the estate. This avoids any loss of funds if an estate is insolvent or subject to litigation – payments directly from a super fund will not generally be available to creditors of an estate.

Only if the fund trustee, after reasonable enquiries, has not found either a legal personal representative or a dependant of the deceased, can payment be made to another person. In practice this will rarely happen.

As the amount of money in super increases, so too does the risk of litigation in respect of death benefits. It is vitally important to minimise confusion and angst, and maximise benefits. Remember to include super in any estate-planning discussions with your solicitor.